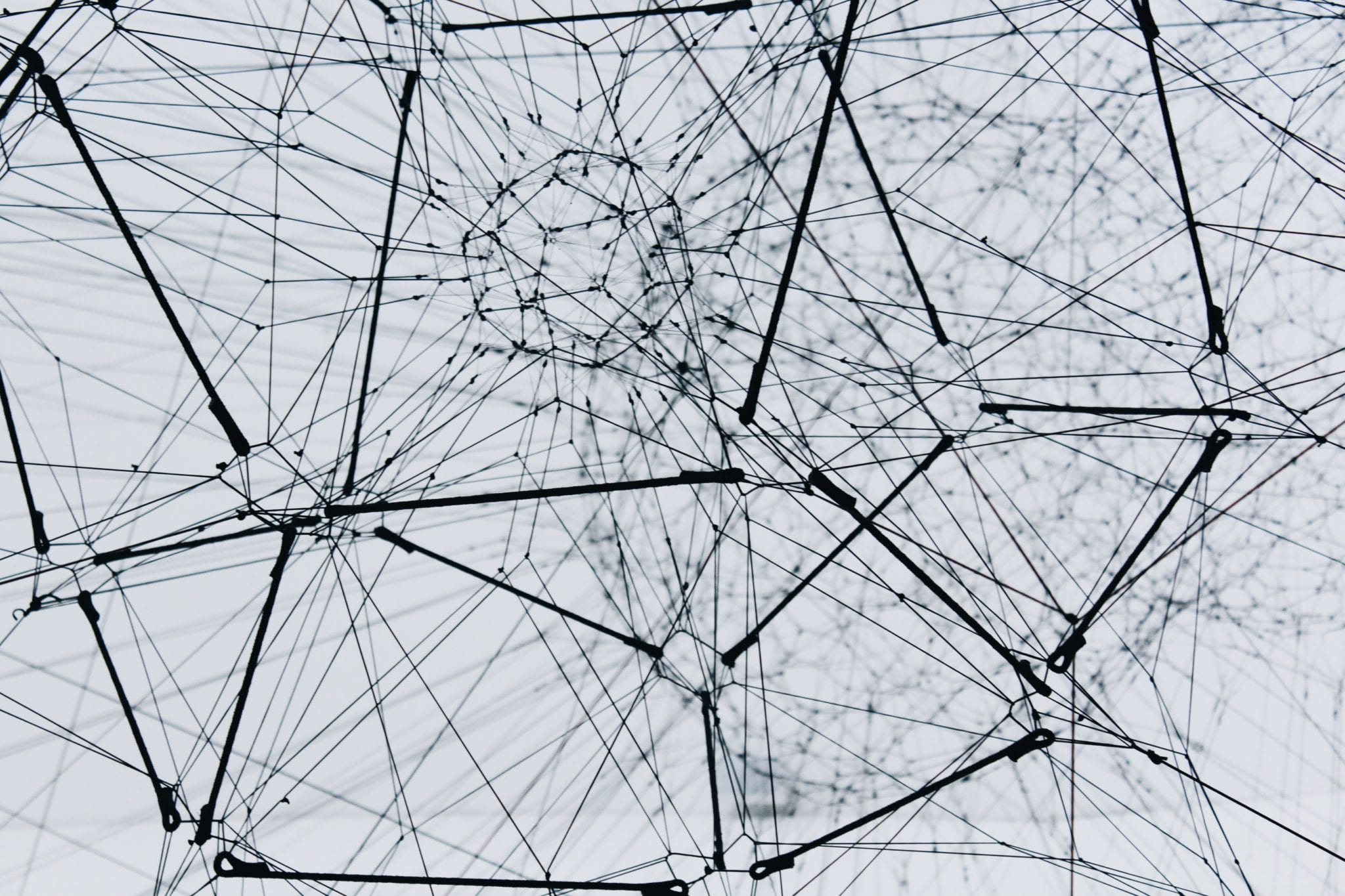 If you’ve ever marched confidently into a room only to forget why you went there in the first place, then you’ll understand that human memory is full of surprises. We seem to forget important information yet remember thousands of mundane details we’ll never need. Why is this the case? Read on for 10 of the strangest and most surprising facts about your memory.

Given how much we seem to forget on a daily basis, it may seem strange but it’s completely true that our brains have an essentially unlimited ‘storage capacity’ for learning. A rough calculation by Paul Reber, Professor of Psychology at Northwestern University suggests that the brain can store 2.5 PETABYTES of data – that’s 2,500,000 Gigabytes, or 300 years worth of TV. So if we have a virtually unlimited storage capacity, why do we still forget so much? That’s a huge topic certainly worthy of it’s own post, but a lot of evidence suggests that we’re more likely to remember something if we make an active effort to understand it, and if we encounter it regularly – as this strengthens the connections between neurons in the brain and makes information easier to recall.

The human brain consists of about one billion neurons. Each neuron forms about 1,000 connections to other neurons, amounting to more than a trillion connections. Neurons combine so that each one helps with many memories at a time, exponentially increasing the brain’s memory storage capacity to something closer to around 2.5 petabytes – Professor Paul Reber, Northwestern University

A large part of the reason we seem to forget so much may well be that, whilst our long term memory is virtually limitless, our short term, or ‘working’ memory has a much, much smaller capacity. The original research into short term memory says we can only remember 5 to 9 pieces of information there at any given time, though more recent experiments suggest it may even be as low as 4! Not convinced? Try it yourself with this quick experiment! Study the list of words below for 2 minutes, then (without looking back at them) write down as many words as you can remember.

These limits on short term memory explain why ‘cramming’ information just before an exam doesn’t work that well, so one clear strategy to remember more of what you learn is to space out your studying so that more information moves from your short term to your long term memory.

It’s easy to think of the brain as a ‘magical box’ where your thoughts, memories and emotions are kept, but when it comes down to it, the brain is a part of your body just like the heart and your muscles. As such, ‘exercising’ your brain in specific ways – whether that’s learning a new skill such as a musical instrument or a new language, or simply learning new things from a book – produces physical changes in its structure. Thanks to modern imaging techniques such as Magnetic Resonance Imaging (MRI), scientists are actually able to visualise these changes before and after ‘learning’ takes place, and have found not only significant increases in activity (measured by blood flow) in specific areas of the brain associated with those activities, but long-lasting structural changes in terms of white and grey matter. The picture to the left demonstrates these changes in the case of video games, but experiments have shown this in a huge variety of endeavours such as taxi drivers learning new navigation routes and (especially) during childhood.

4) Being able to access information quickly (i.e. on the Internet) makes you less likely to remember it

We don’t attempt to store information in our own memory to the same degree that we used to, because we know that the internet knows everything… …One could speculate that this extends to personal memories, as constantly looking at the world through the lens of our smartphone camera may result in us trusting our smartphones to store our memories for us. This way, we pay less attention to life itself and become worse at remembering events from our own lives. – Dr. Maria Wimber, University of Birmingham

The phenomenon has become known as ‘The Google Effect’, and has become part of an on-going debate as to whether the internet is making us stupid.

5) We can remember things that didn’t even happen

As time goes on, it can be difficult to know how accurate our memories of an event are – indeed for many of our childhood memories, it can be hard to know for certain whether we’re remembering the firsthand event itself, or are simply recalling a story as told by our parents and from photos or home videos from the time. But this concept has a far scarier implication which has been studied by psychologists. In an experiment, interviewers were able to convince 70% of people they had committed a crime when in reality they had not.

“In these sessions we had some participants recalling incredibly vivid details and re-enacting crimes they never committed’ – Dr. Julia Shaw, University of Bedfordshire

This has huge implications for our legal system, and how eyewitness testimony is used in court and provides another fascinating insight into how our brain actually works.

The word ‘test’ is probably up there with ‘public speaking’ in terms of it’s ability to absolutely terrify people. No-one likes tests, and even education professionals are arguing that we are tested too much, and it’s getting in the way of ‘real’ education. Indeed, there’s an often-cited quote in education circles:

‘You don’t fatten a pig by constantly weighing it’

And with the amount of mandatory, national tests students are expected to take today, it’s difficult to argue with. However, research shows that regular, ‘low-stakes’ testing can actually be incredibly beneficial to our learning. Rather than constantly being spoon-fed the information by re-reading it in the same book, testing forces us to confront gaps in our knowledge and makes the brain work harder to retrieve a piece of information. In doing so, it actually strengthens those neuronal connections and makes it easier to retrieve in future. The brain in this sense is just like a muscle: you need to exercise it to make it stronger.

For those interested, there is a great paper titled ‘Ten Benefits of Testing and Their Applications to Educational Practice‘ which highlights various ways in which regular testing can be helpful to our learning. In summary, the ten main points raised by the authors are:

That’s a lot of reasons to start testing yourself on what you’ve learnt right away!

7) (Almost) Forgetting something makes you more likely to remember it

It turns out that partially forgetting something, and then struggling to remember it is a necessary part of the memory formation process. When we try to remember things, we’re exercising our brain and telling it that ‘this piece of information is important, store it somewhere safe and easily accessible!’. This is a key concept behind the ‘spaced repetition’ technique. Spaced repetition is a study technique whereby pieces of information are re-visited at set intervals in order to strengthen the memory of it. The idea is that you re-visit a piece of information when you’ve *almost* forgotten it, thereby bringing it back to the front of your mind. The process is used in a number of systems including Anki, SuperMemo and (our own app!) Synap.

The ‘forgetting curve’ shows just how quickly we forget information after we’ve learnt it. Regularly reviewing the information through Spaced Repetition can dramatically improve the amount of information we remember

For a more in-depth overview of Spaced Repetition, check out our blog post, ‘What is spaced repetition and why should you use it?‘.

8) Memories start forming in the womb – as early as 4 months into a pregnancy!

Known as prenatal or foetal memory, experiments have shown that foetuses can in fact remember sounds that are played to them, supporting many anecdotal claims by mothers that their newly-born children are calmed by certain sounds playing in their environment. In fact, scientists now believe that prenatal memory is crucial in the development of attachment for an infant to it’s mother.

9) There is no single place where a given memory lives in the brain; it’s scattered across many different regions

Living in The Internet Age, it’s easy to think of our brains as a kind of digital recorder for information which we can turn on and off when we’re reading, listening or watching something. The implied conclusion of this analogy is that the information is stored and packaged neatly in a ‘file’ somewhere in our mind which can then be accessed in the future. Unfortunately, human memory doesn’t work like that. Our brains are not like a video camera – information comes in from the world and is processed in parallel by a variety of different structures which converge and diverge from each other in a myriad of different ways. Our ‘memory’ of something is not a discrete file which can be identified, but a complex mosaic produced by different parts of our brain working in tandem.

The brain is an interconnected series of pathways which converge and diverge from each other at many different points[/caption]This is especially true for new memories, where different ‘types’ of information related to the memory are stored in the area of the brain they first arose in – so visual information resides in one area, auditory in another, familiar names go to another and so on. There is a process of consolidation which is crucial in forming long term memories where a memory is condensed and packaged into a more dedicated set of neurones in the brain, though this takes time to develop.

The brain processes a huge amount of data every day, so clearly it needs some kind of ‘triage’ system for determining what is important stuff that needs to be remembered, and what can be erased from our memory. One obviously good way of doing this is to prioritise information by it’s emotional intensity. Clearly, things we have a strong emotional reaction to are likely to be more important than ones we barely notice. Whilst there is no precise definition of what constitutes an ’emotional event’, scientifically, one strong correlation is the release of a chemical called Dopamine into the brain. Dr. Medina describes dopamine as being a post-it note for the brain saying ‘REMEMBER THIS!’ and attaching itself to a specific memory. If we are learning in a way that engages us, emotionally, then we are more likely to remember it. This is related to how we can relate the information being processed to our own lives – so if we understand the importance of something, rather than simply trying to memorise a list of facts, then the information will be stored better and for longer.

Your brain is complicated, fascinating and weird. The facts above are really just the tip of the iceberg, and if you found them interesting I’d highly recommend subscribing to our mailing list for more posts like this, and checking out other great neuroscience and memory blogs such as IFLScience, The Applied Neuroscience Blog and About.com’s section on Cognitive Psychology. What do you think, are there any cool ‘brain facts’ you know that weren’t featured here? Let me know in the comments if so!

Explore how Synap can help save you time and streamline your workload with a demo tailored to your needs. 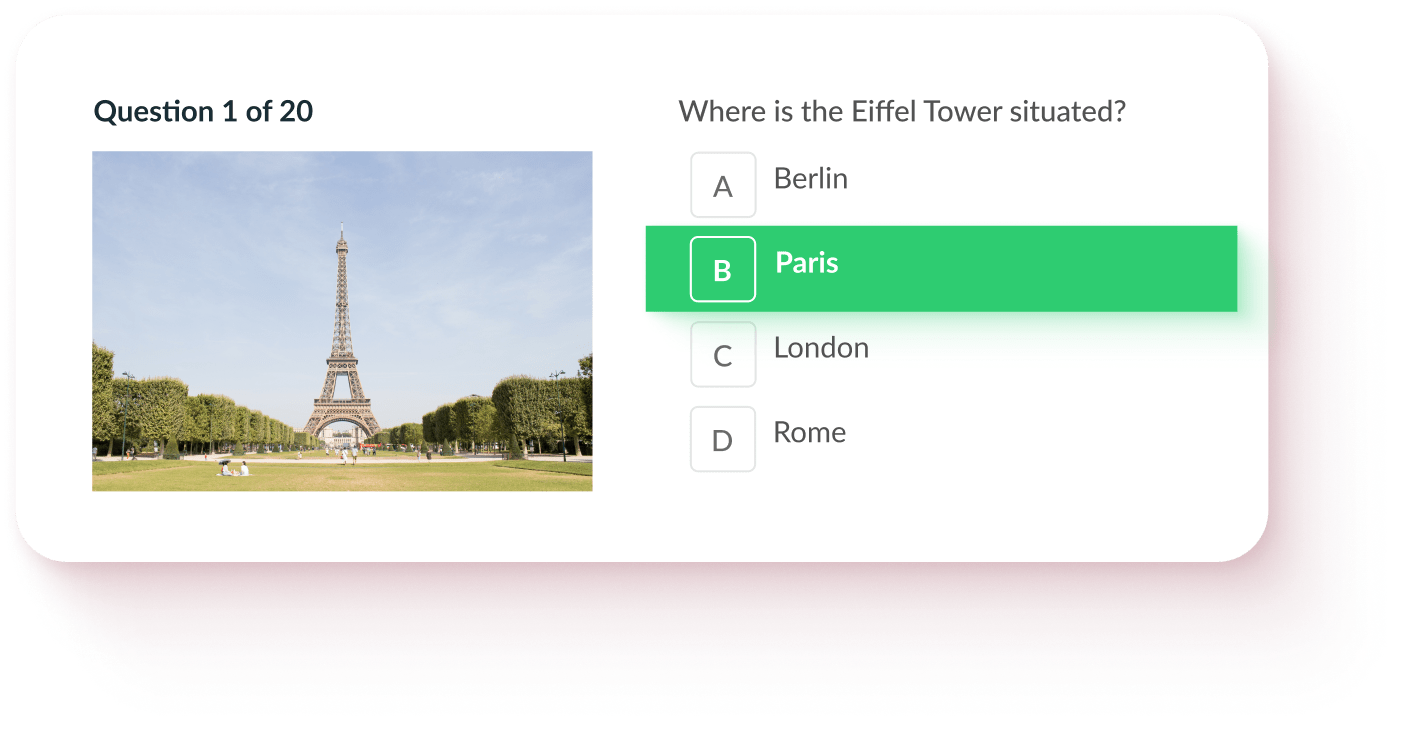