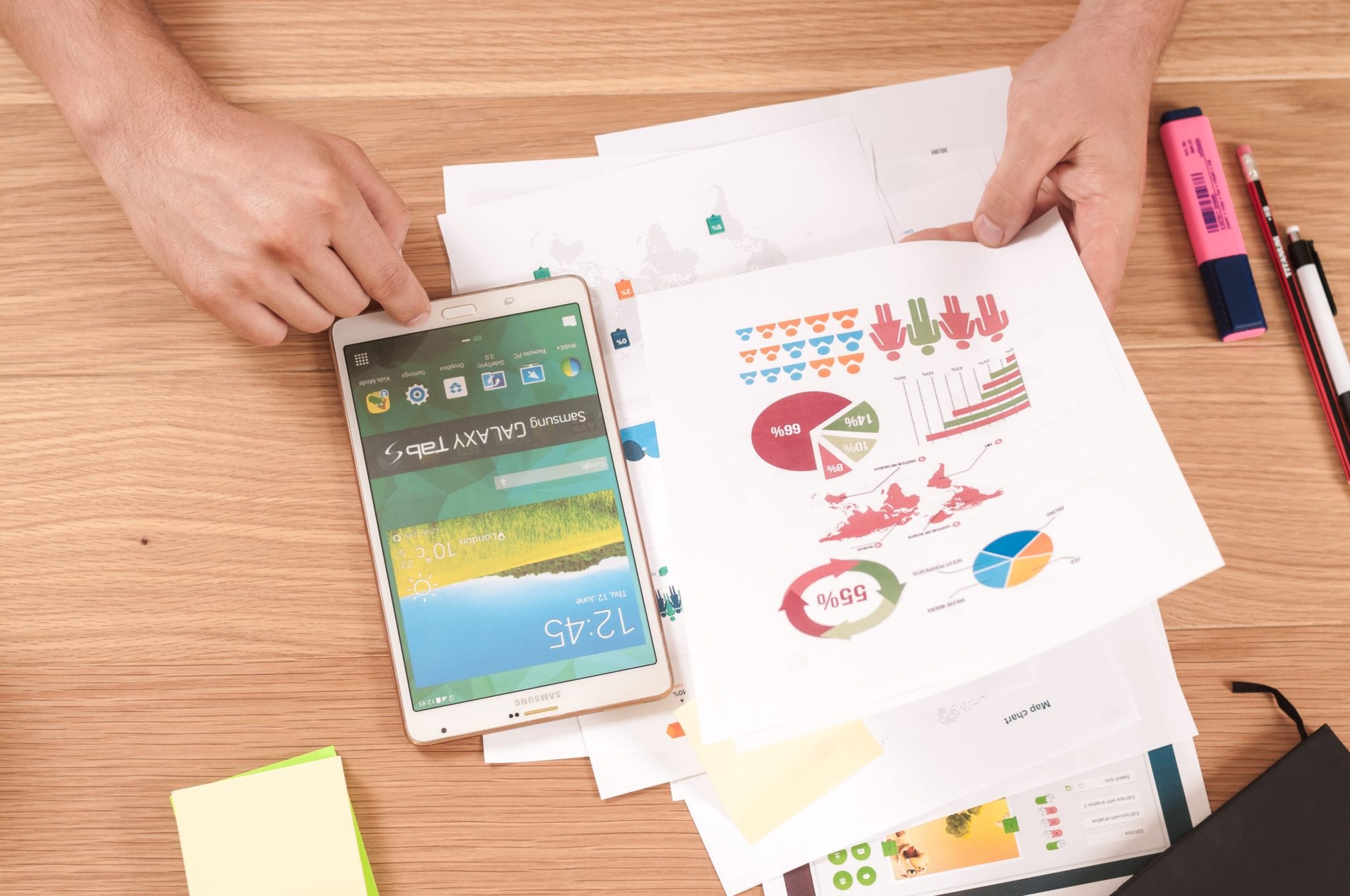 The Economics of Learning and Training

Investing time and money into learning makes us happier, healthier, more productive, and wealthier. It seems like an obvious statement to say that better educated/trained individuals are less likely to be unemployed. However, what is often overlooked is as to why this is the case. What about education makes you a good worker? How many of us use the things we learned in school or university on a day to day basis? It turns out that these simple questions have more complicated answers. The costs of learning are spread throughout the economy, and technology has lead to disruption throughout the economy

There is a huge emphasis on learning from a young age, and with good reason – we find it easier to learn new concepts and skills when we’re younger and or brains are more plastic in nature. Despite the fact that ‘forma’ education becomes optional from 16 in the UK, we’ve seen a steady increase in the number of young adults voluntarily enrolling in further education through college, apprenticeships or university. According to the 2009 Milburn Report, a third of UK jobs are now professional jobs and millions more professionals will be required in the marketplace by 2020 due to the economy shifting to being more service-oriented.

Technology and globalisation have played another huge part in this shift, with many manual jobs becoming automated in the late 20th century. Similarly, many tasks that weren’t capable of being done by a machine could be easily be exported to foreign countries with lower labour costs. Some experts predicted in the Milburn report that once retirements are taken into consideration, in 2020 we’ll need about 7 million new professionals in employment. Luckily in Britain, it seems as though we will be able to meet this demand as a growing middle class in the ’80s and ’90s recognised this was the way the job market was going and helped to prepare their children mentally and financially for more education.

Whilst education isn’t the only factor determining wages, there is certainly a strong correlation. Intuitively, this makes sense – better trained and higher educated individuals get better jobs which therefore means they get higher wages. However, it’s worth asking the question ‘*Why does more education lead to better wages?*‘ The answer can be found in economics and psychology.

Education adds to what economists call human capital, which is the stock of knowledge or characteristics that contribute to an individuals level of productivity. The term human capital was coined by Gary Becker in 1964. When we think of capital we tend to think of money in the bank or the value tied up in a house that will provide a source of income in the future, human capital can be thought of as providing a similar function. Investments in human capital today should yield returns in the tomorrow. It is not just education that adds to human capital, but also investments in health and wellbeing and on-the-job training. Becker showed that high school and college education in the United States greatly raised a person’s income even after netting out the direct and indirect costs of schooling and after adjusting for better family backgrounds and higher ability. These findings have continuously been supported by books and other studies over the years.

There are many other interesting views on what human capital is:

One particularly interesting view of human capital comes from Howard Gardener a clinical psychologist who developed the idea of multiple intelligences and emphasised how many geniuses were very unskilled in some parts of their life yet highly skilled in other parts. According to this idea, we should not view human capital as static and unidimensional but instead as a multidimensional dynamic thing that we can add to and change. Piaget’s theory of cognitive development came from observations of children during play. Piaget noted that children are born with a mental structure that provides a platform for future learning and that development is a reorganisation of mental processes (Find out more about Piaget’s theory here) (If you want a better understanding of industriousness, agreeableness, have a look at this 5 personality trait tests you can do online)

Building and Investing in Skills.

Assuming the general idea of how a business works (to minimise costs and maximise profits), it is reasonable to say that at some point the only way to increase productivity is by getting better at certain tasks. Employees can improve their skill set in two ways: they can get better at a task through practice, or they can learn new skills through on the job training.

Since Becker’s initial work, microeconomic analysis has shown that on-the-job training is a key investment in human capital. As with any investment, there are initial costs which are paid for by the returns in future productivity. The definition of what constitutes a ‘skill’ is very broad but it skills can be roughly split into two categories: generic and specific skills. General skills are things like reading and writing that help you not just for the job you have now but would help you in a future job too. Specific skills are very specialised skills. For example, being very efficient at sewing the hem on a pair of Levi’s, whilst some degree of this skill is transferable it is not something that needs to go on a CV is someone wants to be an accountant.

When it comes down to who makes investments in human capital a good rule of thumb is that the individual makes investments to improve their general skills. While firms make investments in the specific skills of their employees as they are essentially requiring workers to specialise which makes it more difficult for them to find jobs outside of that marketplace in the future. This isn’t a perfect rule, for example, many jobs require a specific degree like Maths yet don’t pay for it. The idea is there are enough jobs in the marketplace to make the investment in such a degree more than worthwhile for the individual.

In Germany, some firms offer to pay for apprenticeships for young employees to improve their general skills. On the surface, this may seem like a strange thing for a firm to do as they are voluntarily increasing their costs, and a logical thing for employees to do is stay just long enough to do their training, leave and get a better job. And although of course, some workers do this they tend to be in the minority.

In an analysis into investments and training Acemoglu and Pischke show that when firms invest in the education of their employees they create a relationship between them, employees in turn consciously or subconsciously assign a monetary value to that which increases the wage that they would be willing to take to move to a new firm.

The marketplace for education and jobs have changed so much in the past decade and are set to change even more in the decades to come. There is a movement away from traditional forms of education. There was a time when the best way to transfer knowledge was to have one person in front of a blackboard talking to a group of people who make notes. Now phones, tablets, and laptops are disrupting the traditional classroom model, and improving the education and training process for a few reasons:

Accepting better on-the-job training makes for more productive happier employees and better bottom lines for firms and that training days/ lectures are becoming an inefficient use of resources. The next step is to find the best method to deliver this training. Micro training offers a great solution for this.

Micro training is basically the process of delivering large amounts of content at specific intervals to make learning easier. It follows a very simple but effective logic if I gave you a huge cake to eat and said you have to finish it what would you do? You probably wouldn’t attempt to eat it in one bite, you’d cut a piece off then cut that piece into smaller pieces. If you were being smart you’d have noted that there was no specific deadline so you could have a piece a day for a week. The same logic can be applied to learning: break things up and repeat them. This is the idea behind Spaced Repetition, which is by no means a new concept but it is an extremely useful learning framework for anyone who needs to learn something new.

In 1885 German psychologist Herman Ebbinghaus published the groundbreaking Über das Gedächtnis or ‘On Memory’ which is all about the processes of learning and forgetting. Ebbinghaus’ most influential contribution was the Forgetting Curve as shown below.

This simple graph illustrates the individual’s rate of retention after learning something if it is re-visited or if it isn’t. If this showed a student studying for an exam and on day 1 they open up their textbook read a chapter and learn a topic. They are happy they’ve learned everything and for a little retention and if they could sit an exam immediately on that chapter they would get it 90%+ correct. In the real world, this is not what happens, we need to learn things today that we get tested on really far into the future (be that an exam or a real-world application). As time goes by our student begins to forget what they have learned, this is shown by following the first curve down and in just a few days they’ve gone from knowing 100% to knowing nothing (this is a very exaggerated example of course). What they could do is wait for their retention to get 10% or so then go back to the books and essentially start again, and keep repeating this process until they know it. However, according to Ebbinghaus and neuroscience, there is a better more effective way. If our student instead revisits the same information way before their retention is too low (80%) then they can mitigate the effects of forgetting and learn things quicker.

Micro training uses the core principles of Spaced Repetition to become a very useful tool for all types of learning from academic, to corporate. Employees can receive on-the-job training that only takes a few minutes a day and therefore doesn’t impact their daily levels of productivity.

Technology has changed the way we: communicate, travel, eat, work, and relax. And while the way we learn has changed it seems like there is more disrupt to happen. I think education and training will be moving out of the classrooms in the next 10 years to become something that is more personalised for each individual’s specific needs. I think there is a huge opportunity for technology to allow us to learn things in a much shorter space of time. If micro training is something you’d like to know more about, or if it is something you think could work for your business then check out Synap for Business for more information.